The Unity SDK contains a module, Didimo.Networking, which integrates directly with the API.

This facilitates several things including creating and downloading didimos. It is meant to be used as a demo, and should not be deployed into a production environment as is, since it uses an API Key that will be shipped with the built application.

The NetworkDemo scene allows for immediate interaction with the API. A didimo can be created by performing the following steps:

A progress bar will show up in the NetworkDemo component, informing you of the generation progress of your didimo. Once the didimo is created, it will be automatically downloaded and imported into the scene. 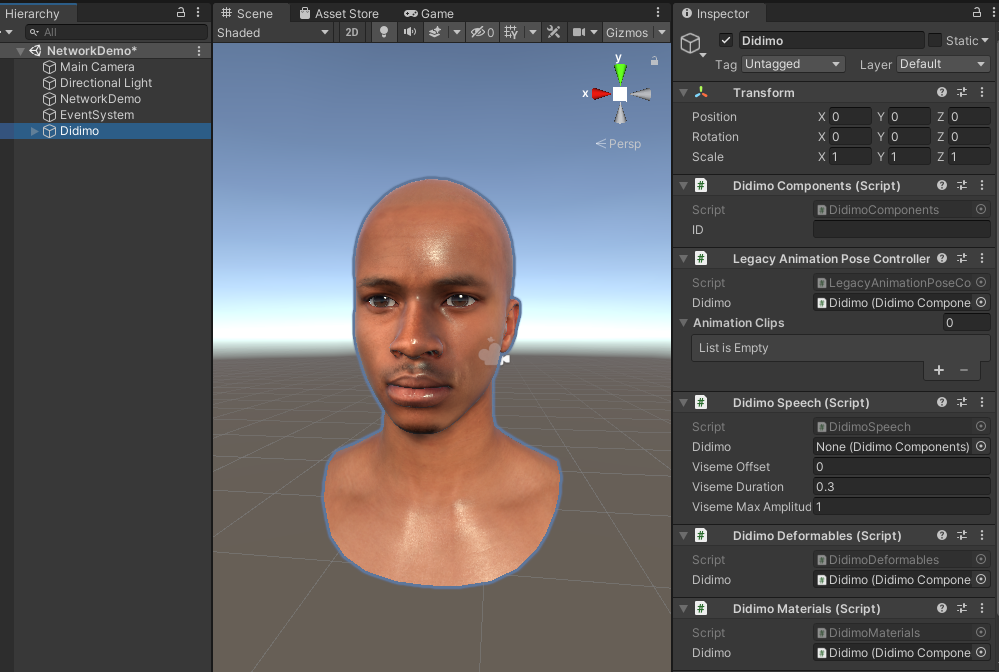 The NetworkDemo component has many buttons that implement calls to our API for several functionalities.

Integration with an arbitrary API

The API interaction provided by the SDK is meant to be used as a demo, and should not be deployed into a production environment. For production, an implementation of the IApi interface should be created. This implementation should then be registered in the Api class, anytime before any method of Api is called.

Did this page help you?